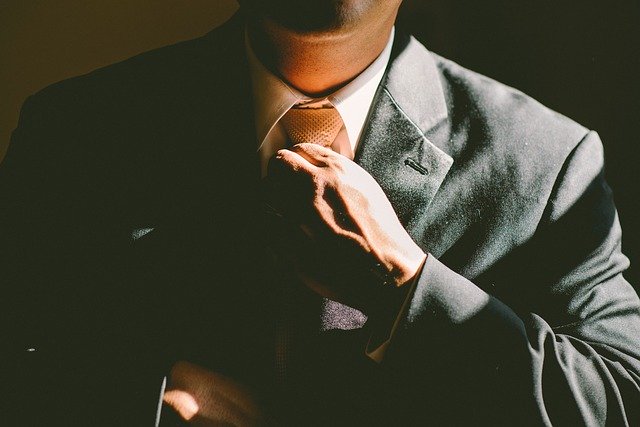 Are you headed for the unemployment line?

We never know what the future may hold, right?

…no, that’s not quite accurate.

We’ve conditioned ourselves apart from our intuitive side… meaning most of us are running through life just “tra, la, la-ing” and not connecting with the reality that’s all around us.

Have you ever known someone who had something negative happens in their life such as the death of a loved one, the loss of a job, or a divorce… and that person was simply shocked?

I recently sat next to a delightful woman during my flight to California for a business trip to help a leadership group with strategic planning.

The woman was fascinating.

It was a long flight- from Atlanta to Los Angeles – so we had plenty of time to do *whatever* on the plane.

I’d planned to write for you darling blog readers, but the world had different plans for me.

This woman and I were supposed to meet.

She was interested in the work I was heading to do – strategic planning, management training for effectiveness – though that life was far behind her in her current retirement.

She retired early- happily married and able to invest in an RV so she could travel the country with her best friend, her husband, named John.

Five months prior to our meeting, she and John made plans for the year 2020 to be “on the road” to see sights they read about but never saw such as Old Faithful and The Grand Canyon.

Two healthy people in their late 60’s and completely in love with each other traveling the country together – we’re all able to smile at the idea of that love story.

Four and a half months before our meeting, John had to go into the doctor for a “routine outpatient procedure.”

Two weeks later John started to feel sick and started to “go downhill,” as they say, quite quickly.

She asked John to go to the doctor but he was stubborn and would not.

Three weeks later he was admitted to the hospital with an infection that would have been curable had he visited his physician.

Two weeks later he was dead.

The progression of John’s downfall was quick by our time standards of how long someone usually suffers from an illness before being overtaken, but this lovely woman was still in a state of shock.

She would stare straight ahead at the seatback in front of her as she told her story and sometimes freeze – then shaking herself out of the trance and back into reality.

She was given the signs of John’s illness in rapid progression but one sign at a time… so his death should have been no surprise.

Actually, John lived a week longer than the doctors predicted he would.

This type of shock is something I see all the time with people who come to GILD for the Successful Transition program which is to help people transition from unemployment to a job they’ll love, or from a job that is not fulfilling into one that does make them happy.

I’ll let them know the agenda, and they will answer my first question which is, “Tell me in 2 minutes why we are here today.”

They’ve been working their fingers to the bone.

They’ve been the glue that holds the place together.

They were with the company *so many* years and they’ve been faithful.

The new management is reigning with an iron fist.

There are five signs you’re on the chopping block – and if you really want to be prepared to take the reigns on your own destiny, memorize these so you can be on the look-out for them and know when you need to pop into action.

It’s always better to leave on your terms, and not because you’ve been dismissed for any reason.

This is also the topic of a video that recently dropped on our YouTube channel, so check that out as well.

The first one starts where we seldom look for the initial problem… inside ourselves.

There are some other signs to watch out for, but these are the primary “red flags” I’ve seen more times than I can count.

GILD’s Successful Transition program is here to help you whether you’re in an unhappy workplace, feel the need to make a major change or find yourself in a current state of unemployment.

Check it out through that link and choose what level of attention you need from us – you can go with self-study, our mastermind/group study program, or with private one-to-one sessions as well.

If you have questions, please feel free to leave them in the comments below or you can email us.