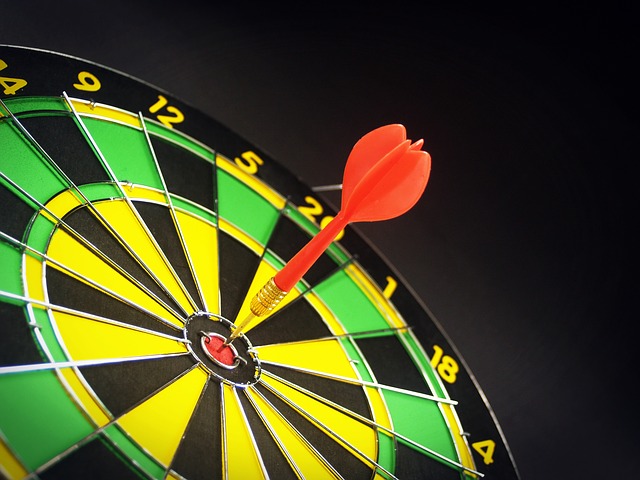 When “being our best” goes one step farther – into not accepting less than perfect – we enter into a danger zone.

The pressure is real for perfectionists, though most of them don’t realize what they are or how they’re unnecessarily hurting themselves

I’ve spoken with many of them who have written off their constant stress and exhaustion as “just this phase of life” – yet, that phase never seems to pass.

Most of us would never pinpoint these people as perfectionists in the first place; otherwise, I think we may hold interventions with our close friends to say, “You are enough, and you don’t have to be perfect.”

They’re the people you see who arrive on time and seem to have everything in line; never seem off-kilter, and are the “supermom” characters. (or “superdad”)

Whether their constant quest for perfection is out of a deeply rooted fear of failure or of the need to please others – they put an incredible amount of stress and anxiety into their lives by continuing to demand the impossible of themselves.

Guess how I know this.

Confession: I’m in the club.

At least I used to be.

In this two-part blog post on perfectionism, we’ll discuss the side effects (serious health issues) that come about because of this quest for the best, some warning signs that you’re in the club, too, and then in part two we’ll reveal some practical step-by-step solutions to recovery.

What causes us to become perfectionists?

The answer is: “A zillion different things.”

Maybe it was my well-intentioned but waaaaaaaaaay off-the-mark mother’s constant comparisons of me to my three older sisters or the way she always compared our material possessions to that of everyone else’s… or maybe it was those days she ripped up my homework & made me re-do it because my handwriting wasn’t neat enough.

Whatever it was, I don’t have to allow it to control my adult life.

Far too many people come to me for coaching admitting they’re a perfectionist and then saying, “I can’t help it.”

You absolutely can help it.

The issue is most people don’t know how to help themselves in this area.

That’s where I come in.

It will take time and some focused intentional work; today I’m giving you the reasons it’s worth the work & some warning signs that this really does apply to you.

The pressure to be error-free takes a major toll on your health.

According to a study published by Trinity Western University in the Journal of Health Psychology – perfectionism is deadly.

That study found people with a high need of perfection (and who placed those perfectionistic standards on themselves) “ran a 51% higher risk of early death” than study participants who scored lower in the area of demanding perfection.

Perfectionism is a killer.

There are neurological and physiological reasons for this and it boils down to what I’m usually helping you reduce: stress.

Stress is not a bad thing; we have to have a certain degree of it to prompt us into action at any given point.

That said, the unhealthy stress placed on us because of unrealistic demands (such as perfectionism) is damaging.

That kind of anxiety raises your stress hormone levels so they’re in overdrive.

I’m talking about hormones like cortisol – that’s the one you hear about on the diet pill commercials… the one that makes you pack on weight.

The Mayo Clinic blames chronically elevated levels of cortisol for many diseases including heart disease, memory impairment, and other neurological conditions.

Here are some other health issues & diseases medical research ties to stress:

Most of these diseases are immune and metabolic system dysfunctions that are entirely preventable through behavior modification.

To take the medical-talk out of it: YOU CAN DO SOMETHING ABOUT IT.

You can stop the behavior that causes those things!

The really sad thing is…

A perfectionist’s response to stress is to work even harder.

That means the headaches will get worse.

Their exhaustion will become more pronounced to the point of overwhelming them – sometimes causing the need for hospitalization.

Whenever you feel compelled to give in to your perfectionistic tendencies, please come read this list.

This blog edition dives dive into signs this type of stress is plaguing you; our next edition will walk through how to begin releasing the burden.

Signs You Are Experiencing Perfectionism-Related Stress

•You get wound up, tense, feel an extreme compulsion to “do”, and become grumpy about work that needs to be done – feeling as though “just a little more” will do the trick with any project it’s a sign perfectionism has taken over.

This is because for a true perfectionist, there is never “enough,” and nothing will ever be “good enough.”

They only believe in “fail” or “don’t fail.”

Perfectionists don’t celebrate victories easily because even with what anyone else would consider a job well-done they still see cracks, flaws, and “something else” that could be done.

I once heard the husband of a friend of mine say they planned to throw a fun holiday party but his wife wanted to have the inside of the house repainted first… because it wasn’t good enough.

This is the perfectionist’s constant quest for validation; though there will never be enough validation for them… nothing will ever be perfect enough for them – and it is terrifying for them to think of others seeing something less than perfect because then they’ll be judged for it.

Drink that in for a moment: perfectionists never allow themselves to feel successful because they rely on validation from the outside.

If, when you finish a job you still see dozens of ways you could improve it, and will only stop upon a good word from another person – you’re suffering from perfectionism related stress.

This is a sign of extremely low self-esteem; perfectionists don’t have a solid sense of self and are not in touch with their intuition.

Perfectionists never feel successful because there is always more to be done, more to be improved, more to “fix.”

Because of this, they are often paralyzed by inaction or too much action, but not in a productive direction.

The epic levels of disappointment & resentment perfectionists hold onto are a heavy burden.

They defend themselves to an imaginary judge, replay past conversations to train themselves to get them “just right” and are constantly feeling as though they have to be in defensive mode.

Perfectionists are never okay with themselves.

They perceive others feel that way about them as well.

When someone does actually judge them, it’s nearly impossible for them to let go of it because they are not at peace with who they really are – the judgment has caused shockwaves through their inner being.

This is because it reassures them that they are not the most flawed person in the room.

Perfectionists feel like they’re stuck and in brain overdrive at the same time.

Because they don’t like to admit they need help or that things are not on track exactly as their perfectionistic mind would have had it – they will suffer silently.

Their overactive mind pushes them to a point of paralyzation; they are overwhelmed and don’t know what to do first.

Perfectionists do this because otherwise they’d be allowing vulnerability into their world and for them, that’s far too risky.

They’ll say everything is fine, pushing down their true feelings while feeling as though they’re on a downward spiral.

Because perfectionists have trained themselves to push down their feelings, they become disconnected with them and can’t identify what’s going on inside themselves.

They’ll know that things are off-kilter but have no idea where to start changing them or even how to express what it is that is actually wrong.

They believe if you can’t do something to the highest of standard, don’t bother.

A perfectionist’s projects are divided into two categories at the end: “failed” and “didn’t fail”

Because a perfectionist’s entire sense of self hinges on how others view them (and the validation of others) they are terrified of failing.

Because of a fear of failure coupled with a true desire to please others and need of validation from them, perfectionists either over-commit (to please others) or don’t commit at all (terrified to fail) to projects and events.

This keeps them in a constant state of high stress.

You may not know it to look at them, though – this high-stress state is chronic. It’s the type of high-stress that brings with it severe health conditions we’ve already discussed today.

• You have difficulty finishing projects.

That’s because it will never be good enough.

There’s always one more tweak that could improve it or one more feature that could make it better.

Many perfectionists will chalk this up to a great work ethic or wanting to deliver the best work possible; those sound admirable.

In reality, they are simply holding themselves to impossible standards and harming their health

•You have a hard time delegating.

“I know if I do it, it will be done correctly.”

This may be the most difficult lesson for a perfectionist: accepting another person’s way of going about doing something as acceptable.

•You sometimes fixate on past mistakes.

This goes back to our point of replaying past conversations.

Perfectionists just can’t seem to let it go, and their insisting to hold onto things of the past causes the development and growth of a negative self-talk soundtrack that tells the perfectionist s/he is never good enough, can’t do anything right, and has to try harder.

If you’re in this “perfectionist club,” there’s good news: your ticket out is coming.

Next week we’ll walk back through these warning signs and will spell out for you practical ways to recover.

In the meantime, if this has truly hit home and you want to do something about it sooner rather than later, use this link to schedule a complimentary session & we’ll get right on it together.