Multitasking is Impossible, and I Can Prove It.

Do you know what the definition of multitasking is?

…but first, do you know where the term multitasking originated?

It’s a computer processing term to describe what machines can do.

If you think it’s “doing multiple things at one time” you’re right… as long as you’re talking about a computer processor.

If you’re referring to what humans do, then you need a slightly altered definition: “screwing up multiple things at the same time.”

Multitasking is impossible for mere humans.

There’s scientific evidence to prove this – so argue all you want… I’m going with information from hundreds of brilliant scientists and MRI scans that show brain activity when a person thinks he or she is multitasking.

Even though I help teach people how to stop multitasking and manage their time for success, from time to time I have to employ my own corrective action.

Trying, and failing miserably because I’m not a computer.

One of the kids will run in when I’m in the middle of recording a video for GILD’s YouTube channel and I’ll try to keep my mind on what I’m doing while simultaneously opening a jar of pickles (or whatever it is they want).

I’ll be in the middle of writing one of these weekly blog posts and then remember to shoot a text reminding our eldest of the dinner we have scheduled for this evening.

While driving one daughter to ballet the other daughter will ask for a stop to pick up something she wants from the store while I’m listening to my favorite disco hits (yes, I LOVE disco.) – and something is suffering… usually the kids and possibly fellow motorists because nobody can stop Donna Summer and me when we get together.

Our mental training these days is to overload and overwork – try to be more and do more than one human can actually accomplish.

When any of us constantly gives in and caves to multitasking, we’re not living to our highest potential – we’re actually failing miserably in more than one area at a time.

Your brain and my brain have that in common: we both lack the capacity to perform both tasks successfully.

Simple – we’re trained to do it.

Is technology simplifying our life… or complicating it?

Our lives are run on partial automation which seems as though it’s an incredible thing.

It really is incredible – until we decide that we should be able to do multiple things at the same time as our phones and computers can.

We’re holding ourselves to the standards of non-human technology!

So… If I’m not multitasking… what am I doing?

Think of a professional table tennis tournament… try to watch the ball. 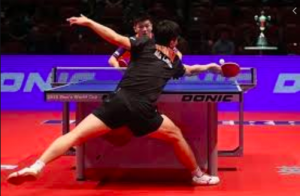 It’s going so fast that it’s often difficult to discern where the ball is at any given moment.

That’s what your brain is doing.

Those ping pong pros aren’t hitting the ball at the same time, but sometimes it sure looks like they are!

For example, when you’re driving a car while listening to music and talking with a passenger your attention is not on all three things at the same time.

Your attention is going from one to the other to the other… one at a time in rapid succession.

It’s why “distracted driving” is the most common reason for car crashes.

The safest way to drive is in silence so you can focus on what’s going on around you… just remember the order of importance when Donna Summer was called into the picture.

Dr. Jane, I don’t believe you.

I’m not asking you to believe me.

I’m not even asking you to believe the hundreds of scientists who produce the research that convinced me all of this is true.

I want you to come to the conclusion for yourself.

Here’s a test for you!

Grab a blank piece of paper & a pen or pencil, and ask a friend or family member to time you to see how long this takes.

Please don’t time yourself because… well, we’re trying to prove multitasking doesn’t work so let’s not load too terribly much on you. 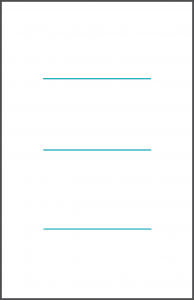 On the first line, write “Yes, I can multitask”

When you’re done, get the time from your timer and write that on the third line.

Turn the paper over. 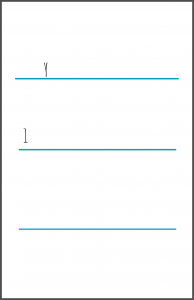 Then, write the same thing as before – only this time, write one letter on the top line, then one number on the second line and go back and forth like that for a bit… so first you’ll write the Y of “yes” and then the number 1…

and then you’ll write the E of “yes” and then the number 2… and so forth.

There are 20 letters and 20 numbers so it should be an even back-and-forth.

Then, have your timer tell you how long it took you on the second round and write the time on the third line.

If it’s not at least double the time, it’s close.

It simply takes you longer when you’re task switching… no matter what two tasks they are – writing letters and numbers or singing with Donna Summer while you’re driving the ballet carpool.

Multitasking Can Kill You.

I’m not being dramatic here – it really can… and not just if your favorite multitasking attempt is texting and driving (please please stop if you do this!)

If you’re serious about living your best life and think coaching may help you get there, snag a complimentary session with me and we’ll talk it over.