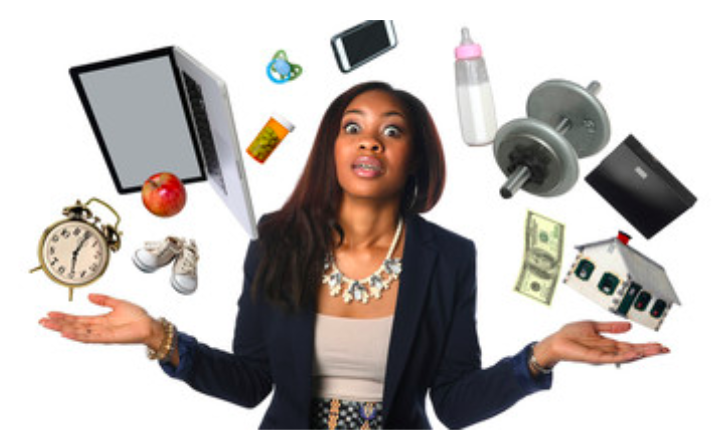 Multitasking Can Kill You. For Real.

During a recent doctor’s visit, I counted the times my doctor made eye contact with me.

Once upon entering the room, the second because I did not answer a question, he asked me so that he would look up from his tablet to make eye contact.

I have no idea what he was doing on his tablet… I realize that medical records are kept digitally and everyone is using them for charts and such, but the topic of our conversation was not “heavy” and from my vantage point it looked like he was checking his email or Facebook feed.

After he looked back down I asked, “Are you reviewing my chart?”

He jumped as though I’d just touched a cattle prod to his hand.

Caught with your hand in the cookie jar, doc… or should I say “former doc,” as I will never darken his doorstep again.

The reason I’m such a tyrant for eye contact when it comes to medical issues is that according to the Harvard Medical School’s journal, a patient nearly died recently and the cause was “a multitasking mishap.”

Here’s what Harvard reported:  The man’s doctor instructed a resident to cancel an order for a large dose of blood thinners.
The resident started to cancel that, got a text in the middle of her task, responded to the text, and then forgot to complete canceling the order for that drug.
The man received high dosages of blood thinners over the course of several days.
His blood became so thin that it filled the “sack” around his heart – filling his heart cavity.
He needed open-heart surgery to release the pressure the thinned blood had created around his heart – otherwise, it would have killed him.
This is all because a resident couldn’t finish what she was working on and wait to send a text.

It’s what we deserve.

This is not the only way multitasking can kill you.

You’re killing yourself slowly if you’re a chronic multitasker.

There are many ways this terrible habit is making you slower, dumber, and is shortening your life span.

In our last blog, we discussed why multitasking is not even possible.

Understanding that multitasking is not a natural function of our brains makes it easy to realize why trying to do it will hurt them.

It’s the same thing as trying to eat soup with a chainsaw… you’re not going to be successful and will end up either hurt or dead.

It’s a difficult habit to break, though.

People try and fail… because they haven’t figured out the right way to get started.

Check out GILD’s Freedom By Design program – it’s all about achieving more through healthy habits… and yes, one of the side effects is a BIGGER brain because we’re going to teach you how to stop trying to multitask.

Let us know your questions and comments by leaving them below or by joining our free online mastermind group hosted on Facebook.