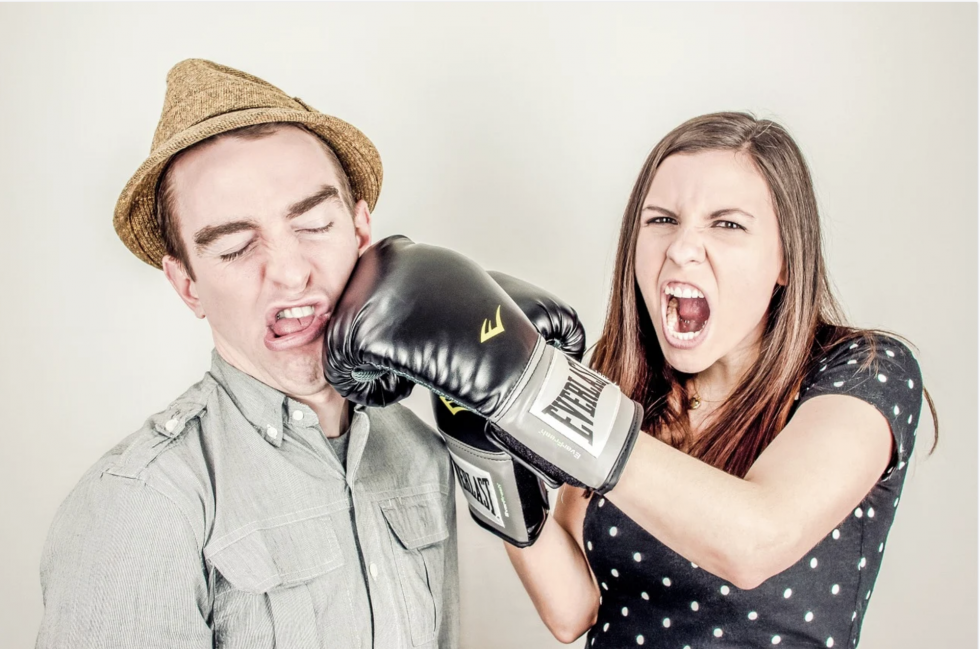 The Art of Winning an Argument

Most people suck at arguing.

If you’re anything like 99% of the rest of the human race, you have opinions and embrace them fully.

We do it all the time – pretty much anytime we have the chance.

Arguments are everywhere, and they usually don’t help us to feel good because…

There’s one key reason we’re so terrible at it.

We’re too wrapped up in the wrong thing.

What’s the point of an argument?

It’s sad that we have such a hard time talking about arguments without going to the win/lose or right/wrong conclusion.

The problem with arguments is we’re going about it all wrong.

We forget the reason we’re in them to begin with, and that gets us completely off track.

It is the same scenario as getting into your car, driving down the road and then saying “I have no idea where I’m going…”

When two (or more) simple humans get into an argument it seems nearly impossible for them to have an intelligent exchange of ideas without launching into some sort of a battle.

When I was on the school debate team years and years ago, our debate coach taught us to listen for ways to use the other person’s words, tone, and meaning to help make our case stronger.

He taught us to work with the person debating for the “other side” instead of against them.

Work WITH the person on the other side of an argument?

That’s exactly what I mean.

There are several things you can do that will immediately place you at a disadvantage in an argument.

That last one is hard for me because I’m fairly quick-witted and naturally like a good jab.

I’m not gloating when I admit that; it’s embarrassing, really – it’s a reality of my personality that I have to recognize and regulate.

The reason the last one is so dangerous is that when we come up with our zinger, we immediately tune out what the other person is saying and start mentally patting ourself on the back for coming up with something so smart and zingy.

The big problem with arguments is that people don’t seem to realize the most important part is the listening part.

They’re so intent on getting heard that they’re not hearing the other person.

EGO is getting in the way.

Ego is a dangerous thing when we let it run around like an undisciplined child.

Of course, you want to win an argument, but you’re blocking your blessings.

Think about it for a minute.

You gain a lot more if you open yourself up to potentially lose the argument you’re in.

What I mean is… some of the biggest WINS of my life are because I was wrong about my original position or opinion on a topic.

Have you ever (ever?) changed your mind about anything?

…or shifted your opinion even a smidge?

When you let go of needing to win an argument and instead listen to the other person, you open the opportunity for a deeper understanding.

Can you still get your point across?

Can you still impact their opinions?

What is your alternative?

Having a 15-second adrenaline high from “being right” before moving on to the next argument or discussion?

Listening while letting go of the need for the win strengthens you for the next time you’re in a discussion that has opposing viewpoints.

It makes you better,  stronger, and savvier when it comes to communication.

You Are More Than Your Opinions

Another issue with arguments is that we think that our opinions define us.

You are more, bigger, and more significant than your opinions.

When you can mentally separate yourself from your opinion on any subject, your conversations will immediately become more productive.

If you’re going to argue, make sure there’s a point.

There are three core ingredients to an argument worth having:

You have a point (a real one, something that actually matters)

There are relatable justifications (things people can understand)

There’s some sort of evidence (because otherwise you’re fighting over opinions, and in my opinion, that’s stupid.)

It will be quite a change to have an argument without focusing on winning, so let’s replace that with another goal.

Consider having your next debate with the goal of coming away from the conversation a better, more informed, and well-balanced person than you went in.

At the very least, that’ll keep your ego in check and will set you up for respectful and positive communication!

Come debate with us in the GILDed Life group – our free online community made of people focused on personal growth and development.