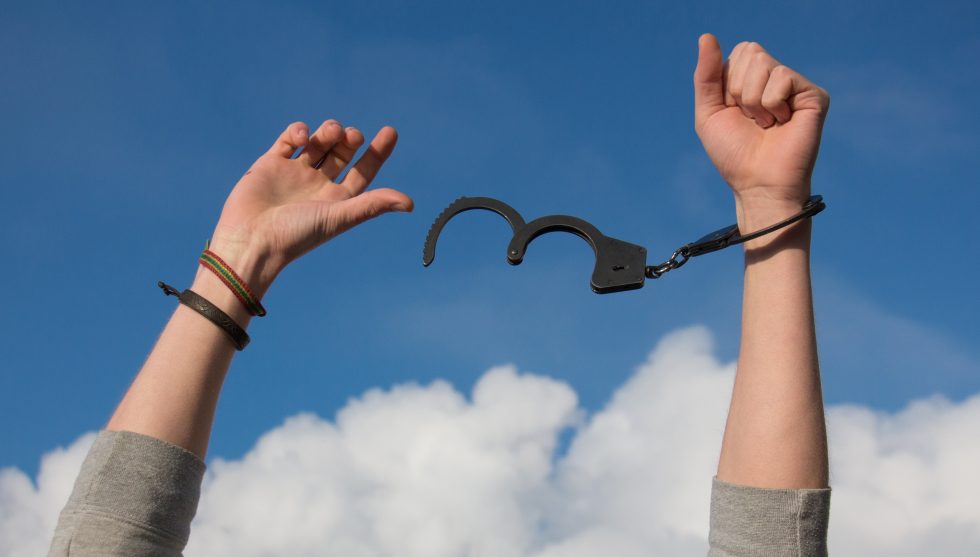 Give This To Yourself – NOW.

We’ll start this week with a (pre-approved) glance inside a coaching session. The person’s name is changed for obvious reasons.

“There’s no way I’m going to forgive him and let him get away with that,” said Marcie, “I’m not stupid, you know!”

“Let’s back up for just a second,” I responded, “why in the world would your intelligence… or stupidity be called into question here?”

“Well, if I forgive him that means he gets off the hook and it’ll just happen again,” Marcie explained.

“I mean… no, Marcie, you’re not correct. Forgiving your husband does not mean that he is getting away with anything and it also does not mean that you’re setting a precedent for him to continually act in an inappropriate way,” I translated, “forgiveness really has nothing to do with him.”

Marcie huffed, and then stammered as she gathered her thoughts, “…but… I mean… what? um…” I waited for her to catch up with the thoughts racing in her brain. “That makes no sense,” she concluded.

“I’m sure at first this is a hard concept to embrace, but can we play with it for a minute?” I requested. “Let’s go over the ways that this conversation has to do with your husband and what he did.”

“Well he [did this thing] and that’s just a betrayal of our trust!” she definitively delivered.

“Right. What does that have to do with you and forgiveness?”

“Everything!” she said with a raised voice and impatient tone.

“I disagree. What your husband did goes against what you two have decided to do, however, your forgiving this overstep has less to do with him and more to do with you.”

I continued, “Let’s go through a few questions to see if we can find a way to agree here.”

“Please… because you’re not making any sense to me,” said Marcie.

“Number one – how is holding this grudge impacting his health?” I asked.

“Um, I don’t know. He has been avoiding me lately until I cool down.” She responded.

“What is he doing while he is avoiding you?” I asked.

“Does he enjoy golf?”

“That must be fun having more time on the golf course then, so this is good for his heath,” I explained, “how else is this impacting his health? Lack of sleep, perhaps?”

“NO! It drives me crazy. It takes me forever to fall asleep, but 90 seconds after his head hits the pillow he’s out and snoring,” she said with irritation in her voice.

“Oh. I see – so this is negatively impacting your sleep?” I asked.

Marcie took a deep breath, “That makes me even angrier.”

I laughed, “Marcie, that’s sort of the point. You have to let go of the anger. You’re only hurting yourself.”

“Here we go again…” I said as we both laughed together.

I’m not going to tell you what her husband did. It doesn’t matter what he did, actually. He could have unintentionally added a spice to their dinner causing a severe allergic reaction for Marcie, negligently over-spent past their agreed-upon limit, or been unfaithful – the gravity of the offense doesn’t matter. It also doesn’t matter whether he intentionally did it or did by mistake. Forgiveness has little to nothing to do with the “who” or the “what” of a situation and has everything to do with the offended’s internal dialogue and personal stress level.

Forgiveness has everything to do with emotional intelligence and healthy personal boundaries.

Some common misconceptions about forgiveness cause us to want to hold on:

If you truly believe any one of those four things, that’s a sign that you do not have good emotional and personal boundaries. That means you need a boundary checkup – stat.

I have a dear friend who got married when she was 18. After about a year, the couple had the first of their four children. Between child number three and child number four, the husband cheated and the wife found out. (This is not Marcie, by the way – it’s another situation.) It deeply hurt my friend. They had been married nearly 12 years, and adored each other – or so she thought. It took a lot of counseling and prayer on her part, but she did love her husband and believed him when he admitted it was a mistake, wished he had not done it, and begged for forgiveness for hurting her and betraying her like that. She forgave him. It took a while for her wounds to heal, and I’m sure though that was nearly 16 years ago sometimes the wounds still ache a little, but not nearly as bad as they would have had she not forgiven him.

Forgiveness did not let my friend’s husband “get away” with infidelity. It also did not teach him that it was okay. If anything, it had the opposite effect; he was shown a great strength that his small but mighty wife had inside of her. It made him love her even more fiercely than ever before.

Her forgiveness taught her children how to love. I’m sure they didn’t know what was going on the whole time – not exactly – but kids pick up on EVERYTHING. If you have kids and you think they don’t know when something is wrong, you’re kidding yourself. They pick up on negative and positive energy. They can feel imbalances in their home. Their kids knew something was amiss, but through it all, they saw their mom forgive through the ache of being hurt and saw her re-commit to loving her husband even though he royally screwed up.

Had she chosen to not forgive, I’m pretty sure the marriage would have ended and child #4 would not exist.

Here are the truths which counter those four common misconceptions:

Answer these few questions to give yourself a “forgiveness checkup”

If you can get through those questions and can still justify holding a grudge, then please enlighten me as to what is so important that you’ll give up your health for it. I’d love to know!

Wrapping back around to Marcie – we went through some forgiveness affirmations that she and I wrote just for her. She repeated them several times a day for several days until she convinced herself to cool the heck down. Guess what happened.

After she cooled down, her husband approached her, gave an earnest apology which was accompanied by flowers and a gift, and though he loved the extra golf rounds, he admitted to her that his game stinks when he plays it while they’re arguing because his mind is on how to set it right. Now when something happens, Marcie repeats her forgiveness affirmations, Doug doesn’t escape to bad golf rounds, and they work it out.

Forgiveness will not serve you well unless you have good and established boundaries. The two go together. Take the pulse on your boundaries with this free GILD Coaching Boundary Assessment. 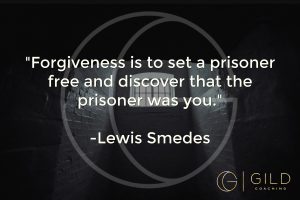