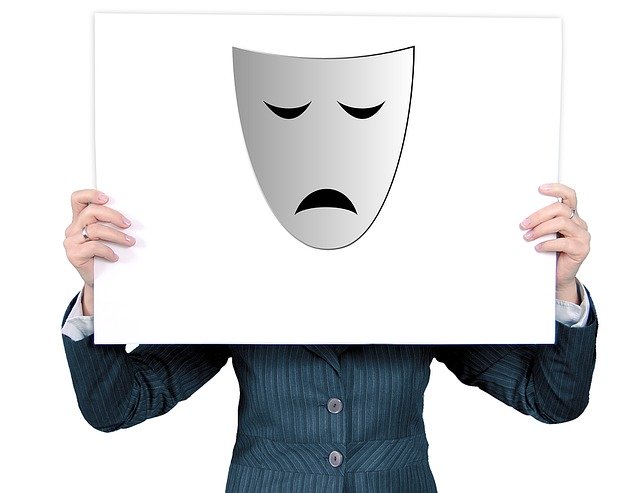 Passed Over for Promotions

It feels rotten to be passed over for anything.

Whether it is getting chosen last in dodgeball when you’re in elementary school or a promotion when you’re all grown up, it just stinks.

That’s probably why they don’t really play dodgeball anymore – at least at any of the schools where our kids have gone in this day of “everybody gets a trophy” – which is a topic for an entirely different blog post that I’ll probably write and publish for you soon.

The point today is that there are a lot of super-talented people who are passed up for things.

…all sorts of things.

Relationships, spots in line, girl trips, guy trips, promotions, and yes… somewhere at some school that still allows it, dodgeball.

It sucks every single time.

It doesn’t matter if you find out you’ve been passed over via a sterile form letter or by seeing the people you thought weree some of your best friends off on a girl’s trip without a girl you believe should be in the pictures (yourself).

The problem is, there are reasons it’s happening… in every area.

Today I’ll spell out three reasons specific to your career.

Have you ever been scared you’re going to be passed over?

Have you ever been passed over?

Do you know someone who went for a promotion and was passed over?

Hello, my name is Jane.

I’ve been passed over, and I know why.

In my case, I was focusing too much on the task at hand and not enough on the people around me.

I learned that lesson quickly – and I learned it the hard way… the full story is in my new book Truth Bomb which just came out on Amazon last month. Grab your Kindle or paperback copy here.

That’s not one of the top three reasons most people are passed over, however.

The top three reasons – the most common things – are extremely common and usually are so far out of people’s areas of awareness that they’re shocked when they get the truth bombs dropped on them about the reality of their situations.

I’ll go through each here, and you can also learn more about them so you can avoid them – or at least develop the awareness to change them in our YouTube video on this same topic.

This is the most common reason I’ve seen for passing up promoting people, and from other hiring managers who have passed up promoting even the nicest and most talented employees.

That’s right “most talented” employees get passed over because of this.

What causes a person to blend in too much?

Anytime you’re more concerned with fitting in and being accepted than you are with being the authentic person you are, you’re working to blend in too much.

I’ve coached people who, before we met, were passed over multiple times.

This issue was at the core.

When we worked together and figured out how they could fit in with company culture while maintaining their own identity, all of a sudden they were treated differently (better) and began to be chosen for special roles, and then eventually promotions or they were able to retain higher positions outside of their company.

You can’t do that if you’re blending in because your references won’t support a promoted position outside the company if you’re plain vanilla.

(No offense to vanilla, my very favorite of favorite ice cream flavors… but it’s not good in this sense.)

Does this seem to be a complete contradiction to you?

Well, the pendulum swings both ways.

Think about it as our political system as it is portrayed in the news.

Before you go getting all bent out of shape thinking I’m about to take a stand politically- take a breath.

I’m not that stupid, and also my opinions on this matter are quite inconsequential.

Let’s just think about any major news network- you imagine it.

There are lots of words such as “never’ and “always” slung around… when it’s rare that “never” or “always” actually exist.

It stands to reason that none of us can have an accurate picture of the political spectrum if our exposure is limited to mainstream news networks and not multiple streams of information from a variety of viewpoints.

It’s the same with blending in (too much) or standing out (too much).

You’ll stand out too much by being unnecessarily loud, by wearing clothing that is not generally accepted in the workplace or carrying with you a reputation of being difficult to work with.

If you do this, you’ll be passed over because, let’s face it, generally speaking, “standing out” employees are a giant pain in the ass.

They are the squeaky wheels who need the grease.

Do you know who has to take out the oil can and grease them?

So… stand out in good ways such as respectful representations of your cultural or religious backgrounds.

I once worked in an office place with people of multiple faiths.

One young man with a devotion to Christianity had zero depictions of his faith in his office while the young lady in the office next door had a small statue that she would place flowers beside once a week.

She did not talk about it, she did not force it on people… it was not the first thing you would see when you stepped inside her space, but it was there.

Respectfully out in the open, not in your face.

Be who you are… just be a lady or a gentleman and don’t shove it at people like an undisciplined child would excitedly want you to see their latest artwork and would inform you of this as they are holding it way too close to your face.

Lost in the Weeds

Other people who neither blend in or stand out too much (they’ve found their delicate balance) yet who still get passed over are my weed pullers.

These special folks are diligent about the work they do… so much so that they’ll work long hours, they’ll double and triple-check their work (if time allows) and they are often the ones who remark on having the “work of three” or four people.

These folks don’t have the opportunity to exhibit leadership strengths or skills because they’re too busy taking care of all of the grunt work that the staff should be managing needs to do.

So, what if you are in the same situation as a client of mine who doesn’t have the support staff and wants to be promoted… yet the management is not seeing the leadership skills they desire because she’s not giving herself the room to develop them? She didn’t hire me to coach her – her company did! They were desperate to see the leadership skills in her.

They figured if she was as great at her job as her performance indicated, that she would be a fantastic manager… but, she couldn’t get out of her own way.

That’s a rare situation… a company that believes in you enough to invest in developing key skills over going the “easy route” of hiring an established leader.

What’s your choice in that situation?

What would you choose?

I recommend you swim… and if you don’t know how to swim, get a swim coach… and fast.

This session is an assessment for recommendations about your next best steps in the direction of your dreams.