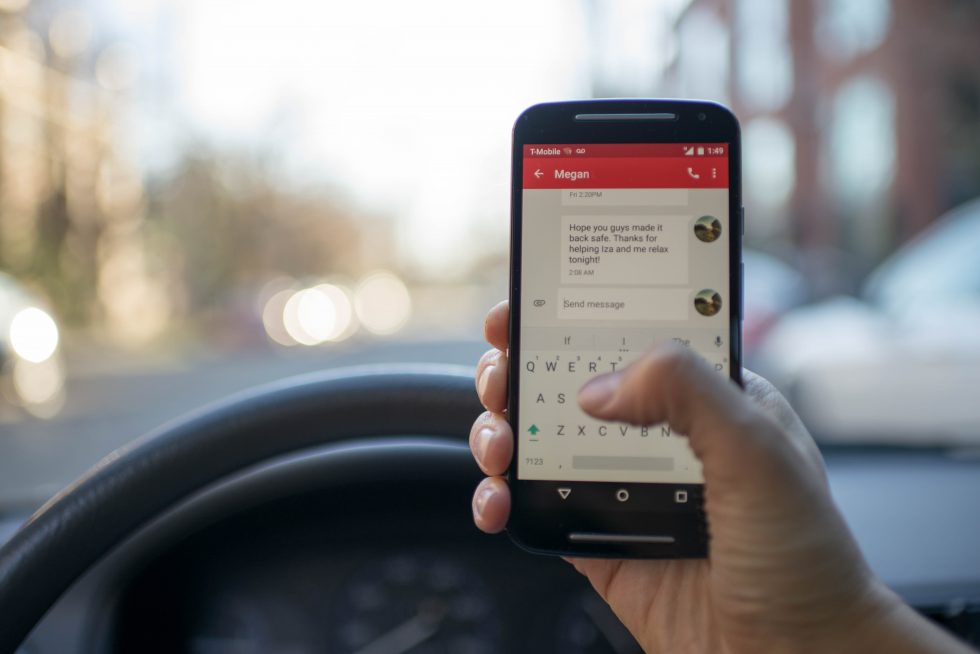 3 Questions To Ask Before Sending A Text

If you don’t know some basic rules, you can really stick your 👣 in your 👄 with text messages.

Sometimes I wish text messages had character limits as Twitter does.

My personal rule is if you can’t communicate something in 140 characters or fewer, don’t text it. (I think Twitter has added to its allowed character count, but I’m ignoring that.)

Texting is a significant issue in communication, and in my humble professional opinion is not getting better. 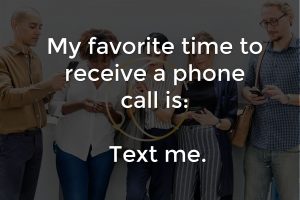 Folks, this is getting a tad bit ridiculous.

The spoken word provides clarity and is a more appropriate form of communication than typing a message to someone.

I’m not quite sure when the switch got flipped to preferring zero human interaction, but it looks like that’s how things are now.

The rules for texting that we are sharing in our latest weekly YouTube episode and the remainder of this blog are 👍🏼 for personal and business use.

Think of them as your “best practices” guide.

Oddly, as I began writing this post about how to text appropriately in business, I received a text from a family member that in no way is appropriate for text:

I’ve hidden the content of the message and the family member’s name for her privacy; however, I think this is a good point for everyone to understand:

For some reason, I always receive her texts like that… broken up into tiny little bits.

Note: they even came out-of-order.

…and I had to scroll to read 5 of 6 before scrolling back up to 6 of 6 so I could read them in the proper order. 🙄

Want to know what my response was? 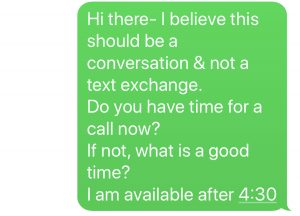 Just because other people may not have healthy ones doesn’t mean you have to allow them to cross yours.

She texted back another (inappropriately) long stream of words – without saying it directly, she was refusing a conversation. She was demanding a response.

Guess what my answer was.

I literally forwarded her the same chat bubble again – I didn’t even re-type it.

That’s a healthy boundary, folks, and it’s also polite because I gave her the option to pick a time and also let her know my immediate availability.

Again, just because other people are demanding that you let go of your healthy boundaries does not mean that you have to.

3 Questions to Ask Yourself Before Sending A Text

1. Should this be a phone call?
2. Does this need to be sent now?
3. Is there any chance I will be misunderstood?

We’ll dive into the answers to those in order.

Should this be a phone call?

Usually, the answer is yes.

👆🏽👆🏽👆🏽👆🏽 That long text pictured above should have been a phone call for myriad reasons – several which are listed above the picture.

Far too many people think texting is the answer because they “don’t have time to talk.”

Well, folks, I’m not buying that.

Phone calls are super short, and if done correctly with healthy boundaries, they take up less time than it takes to type a full conversation with your thumbs.

I’ve said that to individual clients in the past and they disagreed.

That’s why I conducted an experiment just for you…

I timed the exact same conversation using first a phone call and then a texting exchange. Here are my clinical results:

PHONE CALL: 1 minute 30.2 seconds
➢ Dial the number (12.4 seconds including unlocking my phone)
➢ Ringing (6.8 seconds)
➢ Answer & explain I’m timing this and what I’m doing; asked if she would play along, she said yes. (23.2 seconds)
➢ I further reiterated we would have the same conversation via text in a few minutes and asked if she could have her full attention available for a few minutes because I was timing this whole thing. She agreed, and said she had something else she wanted to talk about, too – I let her know I needed to go but would call her back later. (28.9 seconds)
➢ I thanked her and said bye, hung up. (6.3 seconds) 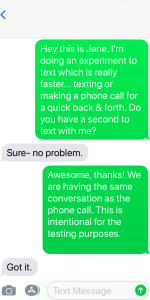 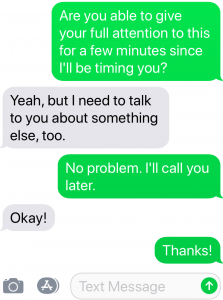 The text took more than twice as long as the phone call.

That’s significant when keeping in mind that when I called her, she had absolutely no idea I was calling or what I needed.

The text exchange was expected, and she was previously aware of the content; theoretically, it would take much longer to text in a normal situation because the recipient would not already know what he or she was going to text back and may not be immediately accessible.

Now you can’t say texting is faster because I’ve proven it is not.

Please note: This person who I called tried to get me to talk about something else, and I was polite in expressing my boundary to her – I told her I did not have time at that moment, but I would call her back. If your excuse about using texting includes “he or she will try to keep me on the phone…” that’s your fault, not the other person’s. Grow some boundaries here.

By the way, I did call her back and it was a fun conversation.

Always call someone back if you say you will.

Another reason many (if not most) texts should be phone calls is because of the subject matter.

The example above, if done in the reverse order, would be inappropriate for texting because of its length and the likelihood of it causing confusion.

Most people don’t have friends whose hobbies include using them to conduct social experiments and reading psychological journals, so a text with content like that may cause some 🤷🏻‍♀️❓😕

Does this need to be sent now?

Regardless of the nature of your text, sometimes it’s just not the right time to send it.

Be courteous. Don’t send texts outside of business hours.

If you’re texting a professional contact at 10 pm because you don’t want to forget to tell that person something, set a reminder for yourself to send it during business hours instead.

Texting at odd hours is rude and teaches people that you don’t have healthy boundaries and don’t respect theirs either.

This is especially true when texting professional contacts.

Is there any chance I will be misunderstood?

If your text is not something along the lines of the examples below, the answer is yes.

Tone, inflection, and cadence are everything when it comes to communicating, and all three are absent in texting.

That means your message is going to be translated according to the current mindset of the recipient and could be misunderstood in a variety of ways.

Texting should only be used to communicate brief and direct things that are easily understood, such as:

• Running 15 minutes late
• Are we meeting at 8am?
• Want to meet for lunch?
• Check your email – meeting location changed.
• Can you pick up Sally by 6?
• Mexican or Chinese for dinner?
• Need anything from the grocery store?
• I can’t talk right now – call back at 3? (in response to a call)
• Am in a meeting – will call you back.
• Please text me when the proposal is ready.

If it’s anything more than that, pick up the phone.

If you don’t have time to call, it’s not that important.

If it is important, make time for the call.

One sentence or phrase… possibly two, and that’s it.

Before sending a business text (or any text at all), it’s a good idea to ask yourself these three questions as a starting point.

Your next step is to check out our Top 5 Rules for texting on YouTube.