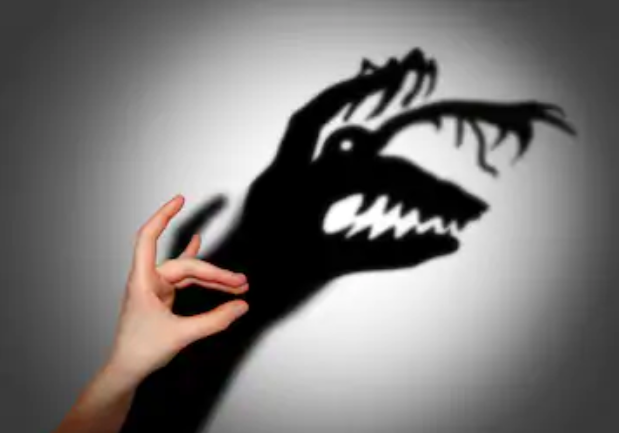 Manifesto: A Life Limited by Fear

This edition of The GILDed Blog features a guest blogger Amanda Edwards: writer, social media genius, marketer, and an incredible human being who is capable of facing her fear… and here’s proof.

2018 was a rough year; I realized that months had led to years of falling so far down a hole, I couldn’t see the light, the opening, or any way out.

When New Year’s Eve rolled around, I decided that instead of resolutions (which are often thought up with the best of intentions, and then discarded like yesterday’s trash), I would come up with a mantra to guide my year.

I chose fluidity, as it worked for myriad situations I knew I would find myself in during the coming months.

I also chose the word fear, not to use as guidance, but as a reminder to keep moving forward. I started 2019 with the best of intentions, helped along by the fact that I was on vacation.

And then I returned home, back to the life I was trying so desperately to escape.

Except you can’t escape yourself.

The only thing you can do to escape is to change.

I came back from my vacation with ideas on both what and how to change things I wasn’t happy with.

The first was realizing the root of the underlying feelings.

It’s easy to only look on the surface (I don’t like my job), but for real work to take place, you need to dig deeper.

Do you not like the day-to-day work you do?

Do you not like the environment you’re working in (whether it’s your co-workers or the company with values which don’t align with your own)? What seems like the answer often isn’t.

Scratching the surface is scary.

It forces you to take a good look at situations that are easier to simply accept, due to complacency.

But how can change take place otherwise?

If the only two constants in life are death and taxes, that really just means that time is the only never-changing factor. The difference is how we use that time.

For me, it was a realization that I don’t use that time.

I let fear dictate my life.

Especially in the past few years, it’s become a driving force; or rather, the polar opposite.

I once read that fear is an acronym for False Emotions Appearing Real.

While I’m sure that was a gimmick, a part of me does agree with it.

​I won’t do the thing I want to, something so small and inconsequential, but with the possible pay off of big reward, because of fear.

I use that fear as a paralysis instead of a catalyst.

And what am I actually afraid of, anyway?

Do I even understand it, at its root?

Is it fear of failure?

Of what others think?

All of the above, and even some I haven’t yet been able to pinpoint?

I was in my late twenties, and I felt too old, too unskilled, too confused about where to go next.

Job descriptions I read were so filled with buzzwords they didn’t even make sense.

“How can I apply for this job when I don’t even understand what they’re looking for?” I dejectedly thought, time and again.

I thought about doing something for me: a blog, a youtube channel, a hobby of sorts, but was (and still sometimes am) afraid of the reaction.

I don’t have thick skin, so the idea of negative judgment terrifies me because I take everything so personally.

Why do I allow my self worth to be based on others, especially when those “others” aren’t even people in my real life?

Besides the fact that I haven’t been true to myself, perhaps the worst aspect of this is how tired I am.

Too exhausted to push myself to do anything of note, because I talk myself out of it.

And yet, those swirling, never-ending thoughts keep me awake, lamenting about what “could have been.”

…or even what could be, if I’d stop being silly (silly is the PG adjective I’m sticking with).

A popular tv trope realizes that the big, scary thing that is so paralyzing is really just a small blip, once you can muster the strength to face it.

On a good day, I can agree.

The thing that lurks in the shadows doesn’t exist when the lights are on.

“I was set free because my greatest fear had been realized, and I was still alive.” JK Rowling

In a moment of what I’d like to consider bravery, I sent someone a writing sample.

They graciously asked if I would want to post a guest blog, which was simultaneously flattering and nerve-wracking.

It was hard enough to open myself up to one person, much less a group.

What if they judge me?

What if they (disrespectfully) disagree?

What does it matter?

I’ve often said I wanted to help people, even just one person.

If I could help one single person feel better, and realize they’re not alone than maybe I’ve done my part, and begun to fulfill my purpose.

If facing my fear can benefit someone else, maybe it’s not so insurmountable.

GILD Coaching helps clients around the world face their fears every single day through the Inner Freedom method.

If you’re serious about learning how to overcome your obstacles and remove subconscious blocks that are holding you back from success, click here to see our available complimentary exploration sessions and schedule one for yourself.

You hold the keys to success in this area… but you have to know how to use them.

We can guide you if you allow us to do so!